I am the good shepherd; and I know My sheep, and am known by My own.

He received his bachelor’s degree in pharmacy from Alexandria University in 1975 and earned a fellowship for the World Health Organization from the British International Health Institute in England in 1985. He graduated from the Coptic Seminary in 1983.

At a young age, His Holiness desired to live the life of monasticism. He entered the Monastery of St. Pishoy in Wadi Elnatroun on August 20, 1986 and remained a brother for two years. He was consecrated a monk on July 31, 1988 and ordained a priest on December 23, 1989.

His Holiness later served with H.E. Metropolitan Pakhomious of Beheira and was ordained as General Bishop on June 15, 1997 by the thrice-blessed H.H. Pope Shenouda III of blessed memory. Before assuming the papacy, H.H. authored twelve books.

His Holiness was enthroned as the 118th Pope of Alexandria and Pope of the See of St. Mark on November 18, 2012 at the Cathedral of St. Reweis in Abbassiya, Cairo.

May the Lord keep His Holiness Pope Tawadros for us and confirm him on his throne for many years to come. 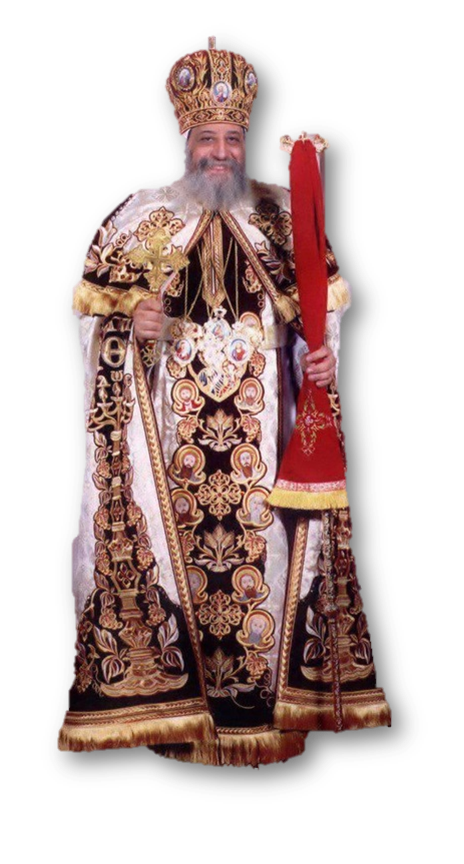